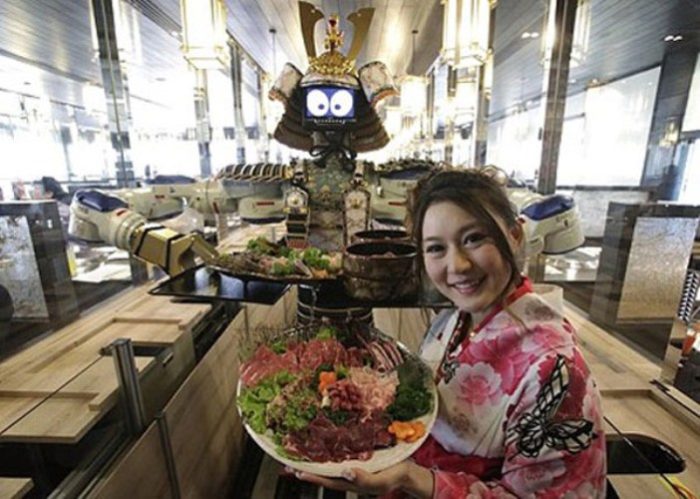 Getting odd jobs done by bots is a thing now. And if you wish to get your BBQ spread served by robots, that isn’t a far fetched dream either. This is because Thailand’s Hajime Restaurant has started to serve their customers with BBQ right from the hands of Samurai – robots, of course! So, the next time you’re in Thailand, make sure you make your way to the restaurant to at least have a glimpse at the huge samurai robot waiters.

Operated by Lapassarad Thanaphant, the Hajima Restaurant serves Shabu-Shabu (hotpot) and BBQ, which are cooked right at your table top. The Samurai Robots do not only serve the dishes but also take orders – which you’re supposed to put through a touch-screen – and also clear the food away after you’re done. It took a whopping 30 million baht ($930,000 USD) by the owner to get these bots manufactured in Japan.

And if you are not convinced enough to visit this place, let us tell you one secret – the Samurai Robots perform a quick dancing jig while presenting you with food. Isn’t that simply awesome?