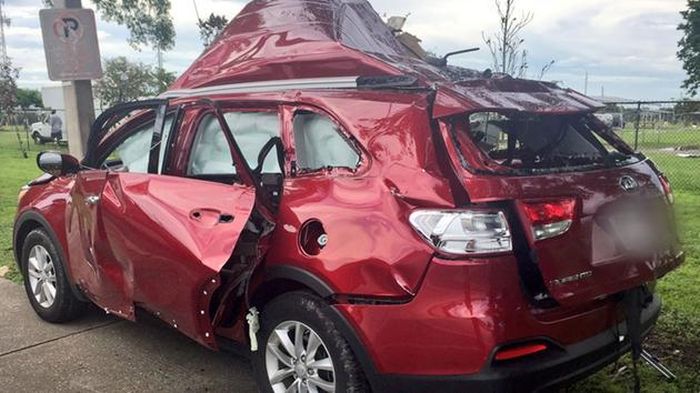 A Florida couple transporting a gas barbecue grill got injured Sunday afternoon, after a woman lit up a cigarette, sparking an explosion. The propane tank was open in the back of their red Kia Sorento and it caught fire instantly when she lit a cigarette.

The couple left a barbecue at the Central Florida Fairgrounds and was heading home, but unfortunately, they caught up in this terrible explosion. According to Orlando police Lt. Cindy Lane, soon after the explosion, the vehicle kept traveling until it crashed into a pole.

The couple sustained burns after a gas grill exploded inside their vehicle. But their injuries are not life-threatening, as per some reports. The photos of the exploded SUV are posted by the Orlando Police Department.

A gas grill being transported inside this car exploded when passenger lit a cigarette. 2 in car sustained burns; not life threatening. pic.twitter.com/76OaeJiCiv

In the pictures, you can clearly see the vehicle’s roof got partially blown off. The photos posted by police even show the windshield blown out, and dents can clearly be seen all over the vehicle.

This is indeed a tragic news, BBQ enthusiasts must learn from it. If you often travel with BBQ grills in your vehicle, you must ensure that the gas tank is turned off properly so that such accidents don’t happen with you.