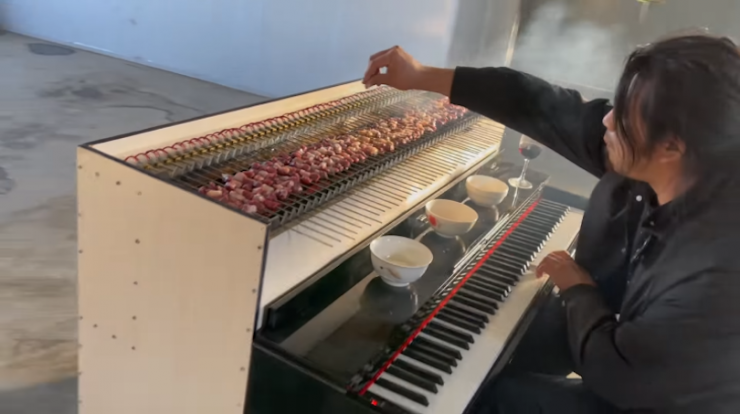 Probably, no one would have ever imagined of a barbecue grill playing music while cooking at the same time. But Handy Geng, a Chinese native, has done something very interesting. He has converted a piano into a BBQ grill to enjoy cooking while playing music. Another good thing about this piano BBQ grill is that it’s mobile. So, it’s easier to relocate to any area he wants.

Geng shared his creation on the internet through a 1.35 minute-long video. And, this video has taken the internet by storm with over 3 million views. In the video, you can see the man sitting by and playing piano integrated with a grilling unit. 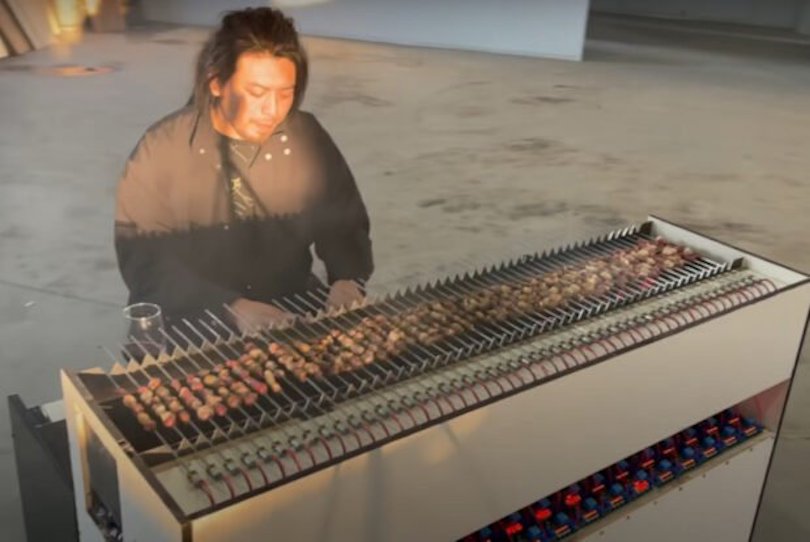 You can see smoke coming out of this grill along with soothing music. While he’s playing the white keys, the corresponding motors get triggered. This makes the skewers pivot to cook the meat evenly. A layer of hot coals underneath cooks the meat to perfection.

That’s not all, you can even see Geng striking round on the setup, thanks to the three wheels attached to the grill. 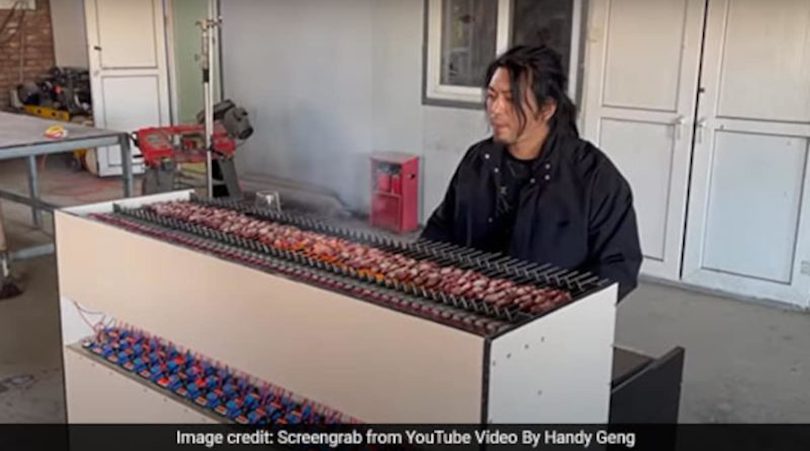 The full video below that’s going viral on social media even after days of it being shared on the internet. This video was first shared on Twitter via “vinyl7 records’. it was shared on January 19 and so far amassed over 3.5 million views. Check out the video yourself and see what’s so amazing about this unique piano BBQ grill.