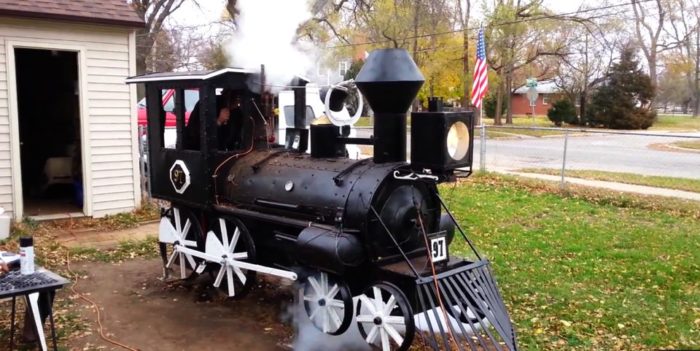 When the thought of BBQ Grill machines dawn in our minds, we seldom think about equating the same with locomotive engines born in Russia. But now, you might just be prompted to think on the same lines as a team of Russian metal workers took it upon themselves to invent an innovative locomotive BBQ Grill known as Steampunk. 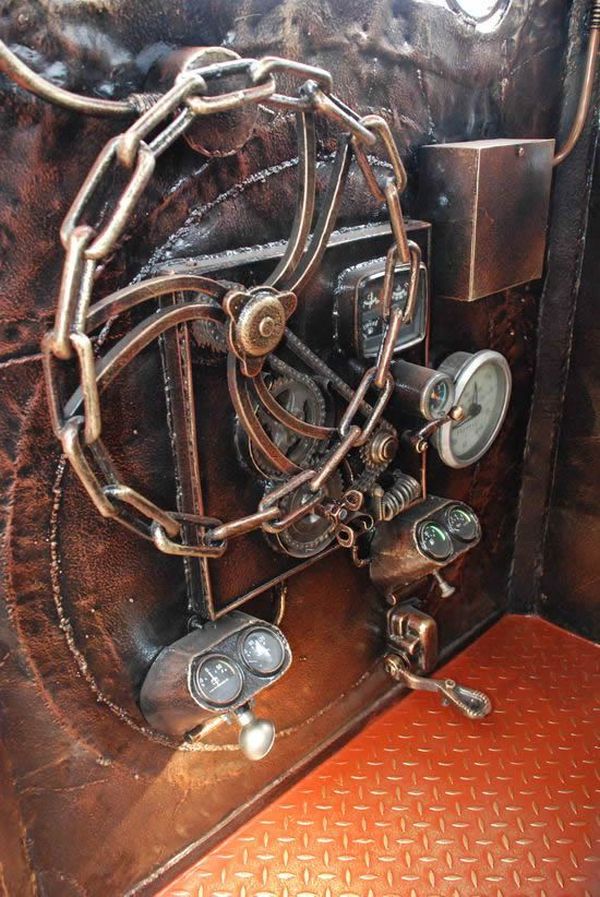 You would be surprised to know that the original Steampunk Locomotive Grill machine was made out of scrap automobile, train and motorcycle parts by a group of metal workers from the Russian village of Deulina, near Ryazan, who specialize in exterior, interior and landscape design.

Needless to say, for all BBQ lovers, this state-of-art barbecue grill is a sheer delight. It cooks your meat in three separate bays – two 60 cm long grill pits, where you can barbecue succulent kebabs, and a rotating spit with fitted stove for roasting pieces of meats. Each of the grilling pits can fit in as many as 20 skewers – perfect for lavish BBQ parties. Homecrux pinpoint that the “other BBQ oriented features are covered by an inner ‘stash’ of heat resistant fire-clay bricks and three conspicuous smokestacks that also visually double up as train chimneys for the locomotive engine.” 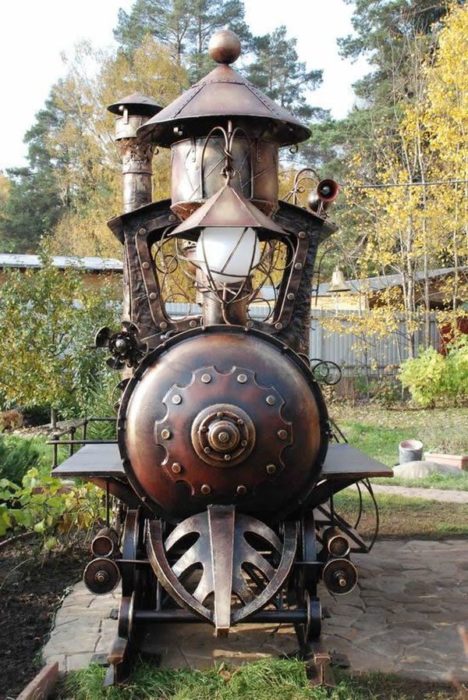 According to Oddity Central, the interior of the locomotive barbecue grill is lined with fireclay bricks and has separate areas to stove in charcoal fuel, which adds an extra flavor to the meats and help them get cooked to perfection. However, the creators of this Steampunk Barbecue Grill suggests adding oak wood or birch logs to top off the flavor game.

Although the barbecue legends term it as an excessively “complex grill”, but this complexity is worthwhile as it provides not only great barbecued meats but also is a treat for the eyes – its rugged train engine looks and great detailing is indeed one of a kind. If you are someone who values art and architecture, you will surely be enticed by the “locomotive engine’s” brass hued structure that complements its finer details, such as ‘bells and whistles’ of lamps, wheels and even a railway track. 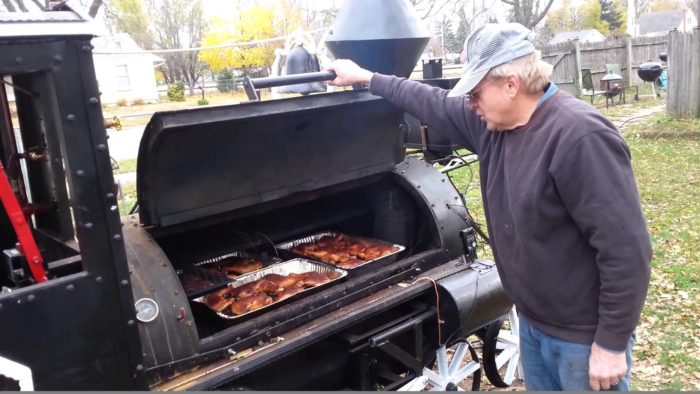 Hailing from a quaint little village in Russia, surely the designers have achieved a milestone in being able to make a state-of-art barbecue pit by all but scraps. And it has indeed excelled in producing high quality barbecued meat – such combination of cooking abilities and artistry is quite hard to find nowadays, isn’t it?