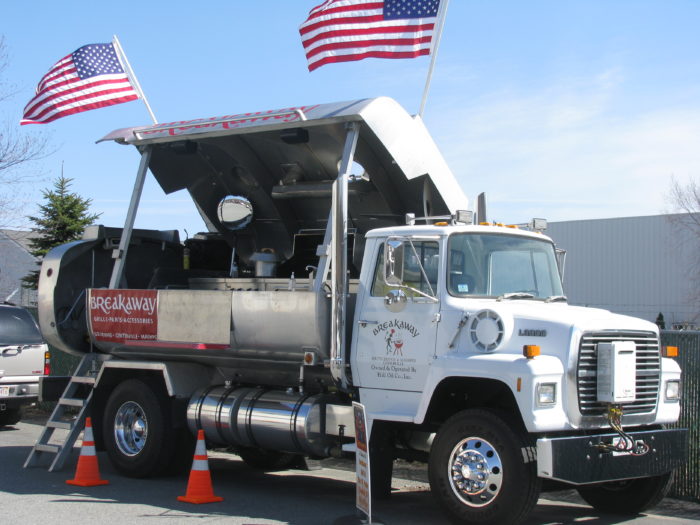 Yes, you heard it absolutely right. This portable grilling machine’s oil storage part, which when closed resembles any other oil tanker that one gets to see outside oil delivery companies, opens upwards to provide a great grilling and cooking arena to you. As you can well imagine, it provides ample of space to cook meat for more than a dozen of people at the same time.

Opening the oil tanker is not a big deal – you just need to push a button. The superhero BBQ grill will open up to reveal the four burner stove complete with a grilling and preparation space made out of shiny stainless steel.

The product is a brainchild of the owner of the Hall Oil and Grill Store Breakaway in South Dennis, Massachusetts, who partnered with Gary Webb of Gary’s Truck Equipment in Harwich to produce this brilliant on-the-go giant barbecue grilling machine. 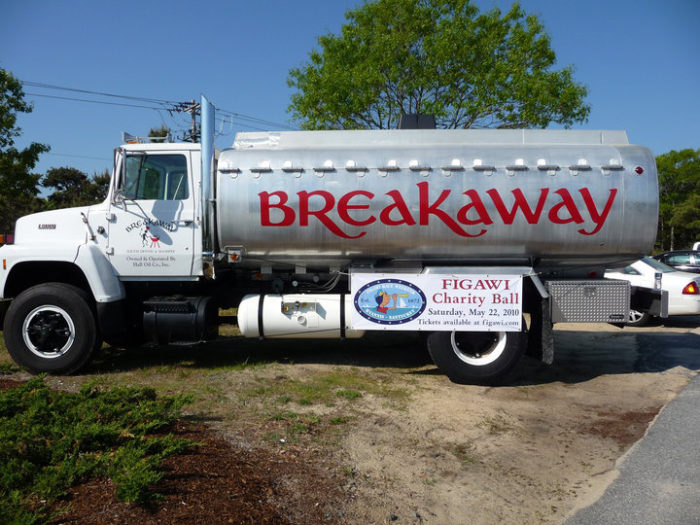 According to reports, it cost them a whopping $40,000 to re-modulate a truck into a grilling machine, which they lovingly calls the “X-Grill“. While you may not really buy this machine, you can definitely borrow this superhero BBQ grill from them as they rent out the same for parties as well as fundraisers.