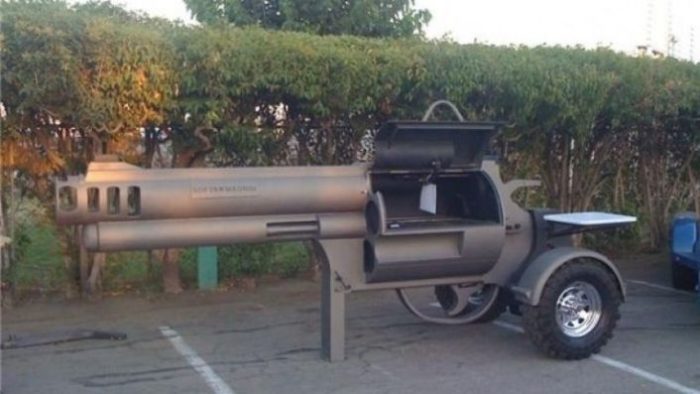 A trip down the childhood memory lane would lead us all to the times when shotgun toys would be our favorite plaything. Thereafter, from the action flicks, those became one of the “it” items ever. However, do you know you can actually revisit your childhood once again – in a way – by owning a shotgun that actually is a grill in disguise? It’s just that instead of bullets, you got to load this grill gun with meat and start cooking!

Here’s presenting the brand new The Smoking Gun, which is a actually a double-barrel pistol-grip shotgun BBQ Grill. 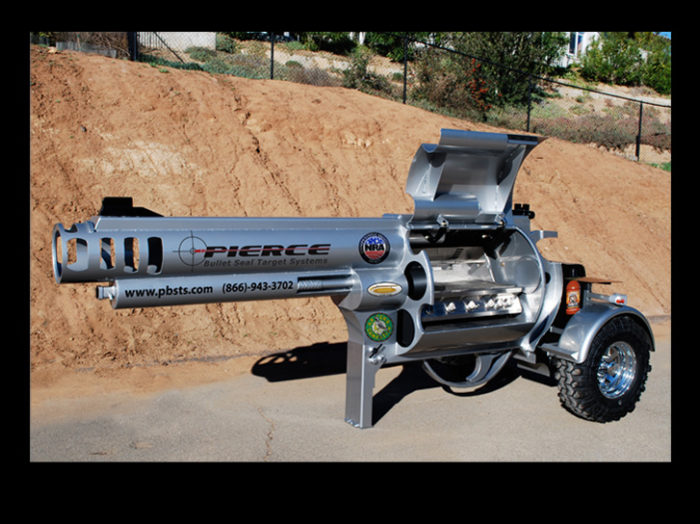 The Smoking Gun BBQ Grill has been  manufactured by the house of Fire Sculpture Art, which is owned by a California-based artist. The catchiest feature of the grill is the way the smoke emits as you cook – the smoke comes out of the barrels of the “gun” as if you have just shot fresh bullets out of it. It’s just that instead of smelling chemicals, it smells of succulent meat preparing itself to be devoured.

The pistol grip serves as a disguise for a five gallon tank, where you can load propane gas for an uninterrupted cooking. In case, you want to throw a BBQ party on the beach, it’s nice wide wheels will help the entire structure to stand tall even on the uneven terrain.

The Smoking Gun is priced at $9,550 and can be bought from Etsy.com. Although the price may seem gigantic, it is indeed a great bargain for such a huge, quirky sawed off shotgun that cooks delectable delicacies in jiffy! 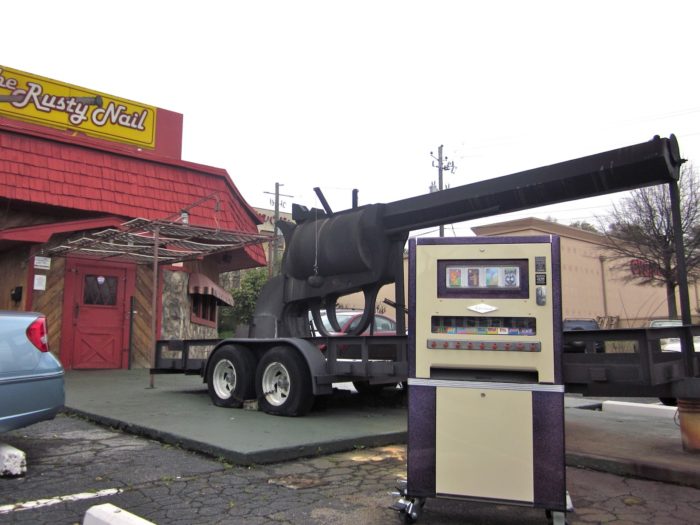